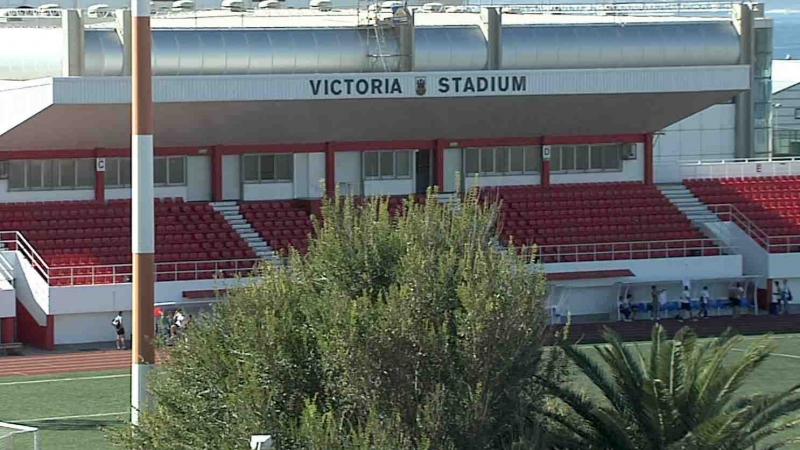 The Gibraltar Football Association will purchase the Victoria Stadium from the government for £16.5 million in order to develop it as its national stadium.
The funding for the purchase, as well as a further £15 million for the development of the site into a category 4 stadium, has been provided by FIFA and UEFA.
The government says it will reinvest the money from the sale into two major sporting developments at Lathbury Baracks and Europa Point.

“A Complete Transformation for all Sports in Gibraltar” – full government statement

Her Majesty’s Government of Gibraltar is delighted to announce that agreement has now finally been reached with the Gibraltar Football Association (“GFA”) on the construction of a UEFA Category 4 National Football Stadium in Gibraltar.

The agreement with the GFA unlocks the potential to develop infrastructure for football and all other sports in Gibraltar to an unprecedented level and represents the largest investment in sport in the history of Gibraltar.

The investment required from both the GFA and the Gibraltar Government will start immediately and is programmed to be completed in time of the Island Games in 2019.

A NATIONAL FOOTBALL STADIUM: AT NO COST TO THE TAXPAYER

Ever since UEFA’s initial objection to the Victoria Stadium as the venue for the new stadium, the Government has been assisting the GFA with a view to identifying an alternative site for the construction of such a stadium in Gibraltar.

On 20 March 2017, the GFA wrote to Government informing that all sites it had considered, in particular Europa Point and Lathbury Parade, had turned out to be unviable for a number of reasons.

The GFA informed the Government that it had explained its predicament to UEFA who, in the circumstances, accepted the lifting of standing objection to the Victoria Stadium on condition that the GFA acquired exclusive ownership of the Victoria Stadium.

Government has been happy to accede to this request.

Given the current importance of that site to all other sports in Gibraltar, the Government has agreed to sell the site of the Victoria Stadium to the GFA for £16.5 million which represents fair value for the site and the cost of relocation of the sports that presently use that site.

The sale includes the old Victoria Sports Hall and the right to redevelop the area of Winston Churchill Avenue and the adjacent petrol station upon the relocation of the latter after the opening of the tunnel under the runway.

The sale does NOT include the Tercentenary Hall or the rest of the Bayside Sports Complex.

The sum of £16.5m is the amount which the Government will invest in re-providing the sports facilities presently provided for at the Victoria Stadium for other sports and for the community more generally.

In addition, the GFA will continue to allow the use of the Victoria Stadium for a number of community events and school use where this can be de-conflicted from the GFA’s own football requirements, which will then have priority on that site.

The GFA will pay for the purchase in three instalments with funds it will receive exclusively from UEFA and FIFA.

In addition, the GFA will invest in the region of £15m in the redevelopment of the Victoria Stadium and the old Sports Hall.

As a result, Gibraltar will enjoy a National Football Stadium which will be developed at no cost at all to the taxpayer.

BENEFITS FOR ALL OTHER SPORTS

The Government is also able to announce today that, after detailed discussion with the GFA and with other sports, it will invest the entirety of the sum of £16.5m paid for the Victoria Stadium in the redevelopment of the entirety of the sporting infrastructure of Gibraltar.

It will do so for the purpose of leading a total revolution and transformation of the sporting facilities available in Gibraltar and will do so in time for the 2019 Island Games. All of these facilities will be developed by the Government, as Government projects, but will nonetheless be submitted to the Developing & Planning Commission in line with current practice and will be developed with the new rules on accessibility of buildings forming part of the planning process. In addition, the Ministry for Sport will continue to work with the GFA and all the relevant sporting organisations and representative bodies in order to get the results rights in this unprecedented investment in sport in Gibraltar.

The Minister for Sport, the Hon Steven Linares MP, said: “This is one of the happiest political moments of my life. I am delighted to see the GFA able to progress the dream of a Gibraltar National Football Stadium as well as the development of great new facilities for the many other sports in Gibraltar. I believe that this investment will also allow us to create a real legacy for the hosting of the Island Games in 2019.”

Commenting on these developments, the Chief Minister, the Hon Fabian Picardo QC MP, said: “I want to start by commending Minister Steven Linares for the hard work and diligence he has been putting in behind the scenes with the GFA and with all the relevant sporting associations. I also want to thank the GFA for the work they have done with UEFA and FIFA. We have been fully vindicated in our support for the GFA. They have worked hard to demonstrate to UEFA what the reality of the options available in Gibraltar are.

These arrangements represent a once-in-a-lifetime opportunity to invest approximately £31m in the sporting infrastructure of Gibraltar and we are in control of over half of that, without one penny coming from taxpayers’ money. We have got a great deal for sport and for Gibraltarian sports men, women and children. This project, together with the new upgraded Victoria Stadium, will solve the infrastructure problems for so many sports in Gibraltar for generations to come.

Football will acquire a new Category 4 National Football Stadium, two alternative pitches for domestic games at all levels, sufficient training facilities and pitches to meet all demand within Gibraltar and at least two indoor futsal pitches. As a result Gibraltar clubs will no longer need to train in Spain. They will be able to base all their training needs in Gibraltar.

Rugby and Cricket will be able to enjoy their own state-of-the-art facilities at Europa Point. Athletics will obtain an enhanced track at Lathbury Parade. Swimming will gain the benefit of a new, much needed, outdoor pool. All indoor sports will enjoy new and more modern halls at Europa Point in addition to the continued use of the Tercentenary Hall and the rest of the Bayside Sports area.

We will also have funds available to invest in Hockey and other sports like Paddle Tennis. This will assist Basketball, Netball, Volleyball, Badminton and Squash amongst others. Darts will finally have the area they need and deserve, given their international achievements. Premises for associations and clubs, offices, lecture theatres and boardrooms will all be included in the new facilities being developed.

A specific new facility will be made for our Special Olympians who have done us proud so many times. And all facilities will be made available to our schools. The educational value alone will be huge and this is even before the announcements to come in respect of the new schools which will also provide additional sporting facilities for the community.

Given the problems of space we always face in Gibraltar, this is an incredibly exciting project which resolves so many issues at once and will mean that we will see huge economic activity and investment in the next twenty four months or so and that investment will be related to sport without one penny coming from taxpayers. This is therefore an excellent result all round and it is the biggest investment ever done in sporting facilities in Gibraltar. It will solve sports infrastructure problems in Gibraltar for generations to come. It is a win-win for everyone.

I am delighted to see the start of the process that will finally bring international football home and to be involved in the major development that we are now embarked upon that will benefit virtually all of our sports and community and which will lead to the transformation of the sporting landscape in Gibraltar. This will be a magnificent legacy for many generations and is progress on a scale never seen before in Gibraltar’s sporting history.”

For more information about this article visit Gbc.gi